If you’re going to go out and do a trail in remote New South Wales in a hot and dry 34 degrees, here are a couple of things worth noting. An almond croissant is not a substantial breakfast, carrying a litre of water is not enough to hydrate you. Making cheesy quesadillas for a lunchtime snack will taste fantastic, but leave you even thirstier. Never take water for granted.

We jumped the train down from Sydney ready for another weekend adventure. 90 minutes south to the southern tip of the Royal National Park. With 151 square kilometres of stunning beaches, dense bushland and undergrowth it was actually only the third national park after Yellowstone & Mackinak in the USA (cheers Wikipedia.) It’s royal as all Australians seem to love our monarchy…

Stepping off the train at Otford station the heat hit like stepping into a sauna. With one final chance to fill up water, lathering myself in factor 50 suncream to protect my prominent nose, we set off, climbing up from the platform to the head of the trail, 2km away. The coastal path is usually a 2 day, 30km trek, but with weather this good & afternoon beers to look forward to, 4 hours seemed a good target to get it done.
We descended through woodland, over exposed roots, and shaded trees through the first 5km. With a palm tree jungle, soft and spongey underfoot and the smell of sea salt in the air, we flew along, probably recording our quickest km’s. The pathway occasionally broke from the woodland to expose views of the turquoise sea below. We even saw a school of dolphins playing in the bay.

Descending further to our first beach, burning palms we turned back and traversed the base of the cliff to figure of 8 pools, a large rock shelf with deep water bathing pools that are not reachable on a rough day. Luckily today was calm at sea and the views were really beautiful. Tempted for a dip, but aware we had 25km to get through we passed and double backed on ourselves, pressing north. Scrambling over the sandy beach, climbing up over the next ridge and the small ramshackle cabins that perched on the hillside, before dropping back down to the sea again

This ritual then repeated itself several times, up, down, and across Era and North Era beaches. Having depleted half the tankards in less than 10km and with the sun getting hotter it seemed a good time to make new friends and hunt out some water by knocking on one of the beach huts. With no responses, it seemed we would have to make do, before heading a faint call at the cabin next door. The owner answered and wandered over to help. He was enjoying a lovely glass of red with his neighbour and merrily offered to fill up our bottles with the remaining water he had. It was 11am,  (who am I to judge a fellow day drinking enthusiast). He told us he had bought the hut 50 years ago for not very much, with sea views and a remote lifestyle, I think he had very much won at life.

Feeling replenished we headed over Little Garie and Garie beach over the steep North head with the midday sun now beating heavily overhead. The next 5km was draining, undulating and we were very much ready for a break and lunch when we got to Eaglehead rock and the waterfalls that fall into the sea from Curracurong creek. We smashed through the portobello mushroom, cheese, spinach and avocado quesadillas I had made earlier that morning. Think something that the Tamahumara running tribe would make in Mexico, but waaaaay more middle class. We washed them down with perhaps a little too much water and continued on to the second leg. 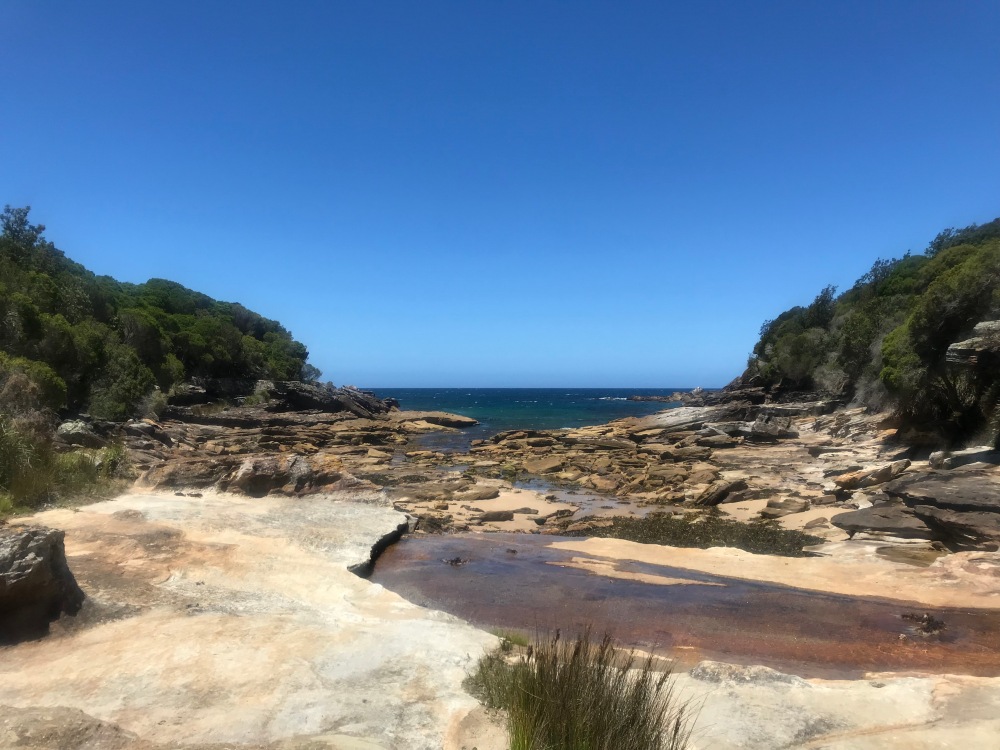 With the food settling and feeling ever thirstier, over the next 5km we both had a little wobble, nervous with the declining supplies. we felt a huge sense of relief when we jogged into the Wattamola Beach and campsite. This was short-lived as all taps had been capped off to preserve water. Bugger.

We pushed on up the hill regardless. The trail then opened up to a wonderful sight. Wattamola falls, a freshwater dam & waterfall that makes for an exceptional place to cool off. Stripping down and taking a quick dip, it was tempting to drink (alas I didn’t want to risk being sat on the toilet all weekend) We muddled through the next hills, over Little Marley and Marley beach before climbing up and over Marley head.

As we rationed out the last of the water we spent the next few km’s debating what level of crime we were prepared to commit for a fresh cold bottle . It turns out I can be quite liberal when dehydrated, but won’t resort far beyond petty criminal activity. Good to know.

The last 5km, we took in Wedding cake rock, the water run and the balconies making for beautiful, flat rockfaces to run alongside the ocean. The incredible views definitely distracted from the tired legs. As we approached the edge of Bundeena town it felt much further than 30km but a great adventure none the less. The water fountain at the foot of the trail marked the end and we gorged on lukewarm tap water. I hate to think what would I be like in an actual crisis? 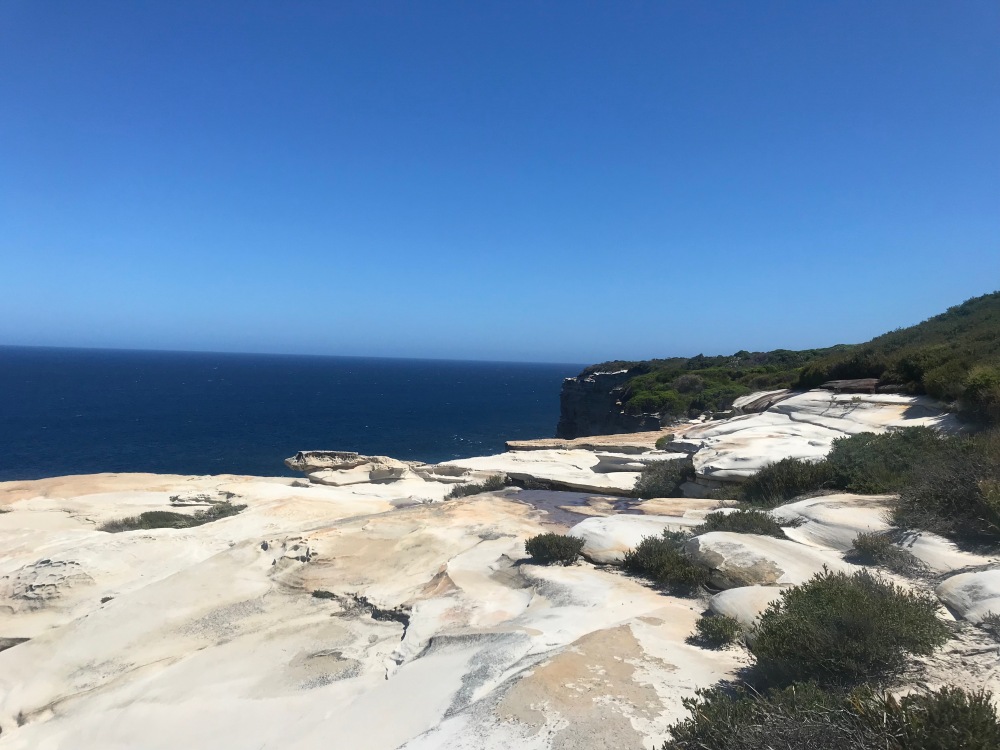 After a dip in the sea and a couple of Calipso ice lollies (90’s throwback, anyone?) we grabbed a ferry over the bay to Cronulla and the train home. The main track in the national park is Wallumarra Track, which in indigenous language translates to ‘education’. This adventure was definitely a lesson in how not to prepare for a long run but a great trail to do in a day. The combination of rocky landscapes, hilly climbs and sandy beaches mean it will never be a quick run, but especially in the middle of the trail, remote views and beaches that will live long in the memory, especially when I’m bashing out long runs around Clapham in the coming months. Lucky doesn’t even come close.